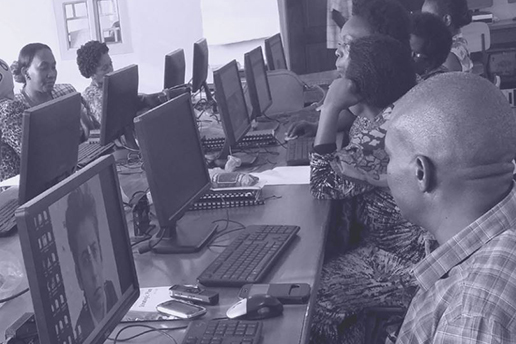 With the 2nd World Open Educational Resources (OER) Congress approaching in September 2017 in Ljubljana, Slovenia, it’s a perfect time to reflect on the accomplishments of the open community since the first OER Congress in 2012, but more importantly to ask what remains to be done to make OER a mainstream reality in education globally. What steps must be taken before we can declare that OER are demonstrably effective as a generalised approach to addressing affordability for learners and empowerment for teachers, resulting in a truly inclusive and effective educational initiative on a global scale?

The number of CC-licensed resources is growing exponentially. Support sites, libraries and repositories abound on every continent. Creative Commons reported through its State of the Commons report for 2016 that 1.2 billion CC-licensed resources were available in the Commons. Although not all of those resources were created specifically with an educational purpose in mind, many of them, including images from Flickr and other image repositories, could prove valuable to educators when curated in ways that match curricular contexts. Openly licensed works from museums and art galleries were also amongst the resources reported and will be useful to educators worldwide. And, with Creative Commons itself working to develop a meta-search mechanism through its CC Search initiative, the future is bright for learners and educators looking for open resources.

COL and UNESCO’s work leading up to the second Congress has presented the opportunity to collect up-to-date information and insights on OER use from localities across the globe through six regional events and a global survey. This information will provide a basis for further discussion and will inform the substance of a 2017 OER Declaration. The linkage of OER with UNESCO’s sustainable development goals is a brilliant way forward and represents a focused rationale for the creation, use and distribution of learning resources to truly enable education for all.

But there is more to be done, and it is my hope that the 2017 Declaration will specifically address areas of activity that need additional focus and the resources to further scaffold the open education ethic. Policy and advocacy can contribute a great deal to support the efforts of educational jurisdictions, but further emphasis will be required at the classroom and teacher level if we expect to see an OER breakthrough on a global scale.

The current focus on open textbooks, while being an opportunity to substitute newer open materials for those previously released through controlled publication, is just a starting point. We need to empower teams of teachers to create ancillary resources, such as project libraries, test banks, problem sets, datasets, PowerPoint slides, and other useful instructional or self-directed learning resources that can be grown and maintained through professional communities of practice.

We will need to rethink learning resources completely and empower teachers, through their initial training and through ongoing professional development, to contribute to curriculum and resource improvement as members of a learning community. A new role for teachers will be to collectively contribute to the stewardship of educational resources for their students, and to join with professional colleagues in creating and maintaining open resources.

In summary, if we are expecting a breakthrough in public education powered by OER, teachers need to be the key players. They need training, support, certification, incentives, time and opportunity to practise a new level of professionalism that empowers them to exercise all of the benefits of open education. It’s my sincerest wish that the 2017 OER Declaration will honour teachers as the key actors in enabling an open future for education.