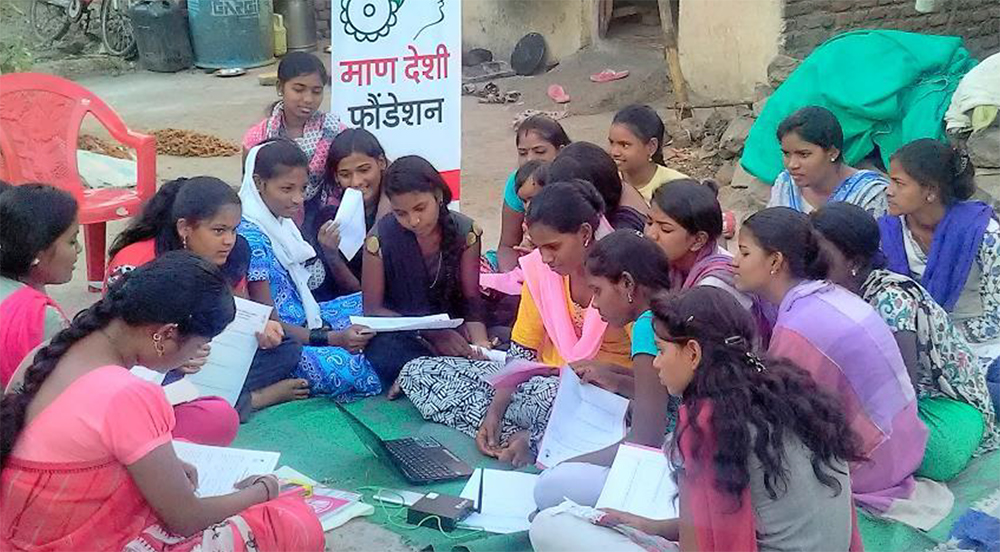 The Commonwealth of Learning (COL) has been partnering with the Mann Deshi Foundation since 2010 to support women through open, distance and technology-enabled learning. Mann Deshi aims to empower women with knowledge, skills, courage access and capital to become successful entrepreneurs with more control over their lives. They run a rural business school for marginalised women and girls, as well as a microfinance bank that is run by and for women.

As part of COL’s Lifelong Learning for Farmers initiative, Aptus sets were provided to support Mann Deshi’s training in financial literacy, agricultural information, goat rearing, information and communications technology, basic computer literacy and entrepreneurship. Prior to Aptus, the Mann Deshi Foundation gave multimedia workshops to potential participants through the branches of their bank, however the branches are only located in larger towns thereby reducing their potential reach. The sessions, which are typically conducted by setting up five to six laptops with small groups of about 25-30 women, required technology that wasn’t previously available in rural areas. Following the implementation of Aptus, Mann Deshi has been able to bring the multimedia workshops to community centers and women’s homes in rural villages.

So far, more than 1,700 women market vendors have interacted with Aptus and, in 2016 alone, borrowed approximately USD525,000 in microloans to support their businesses. Further, Aptus has reduced Mann Deshi’s training programme costs and the women do not have to travel to visit the branches for the workshops.