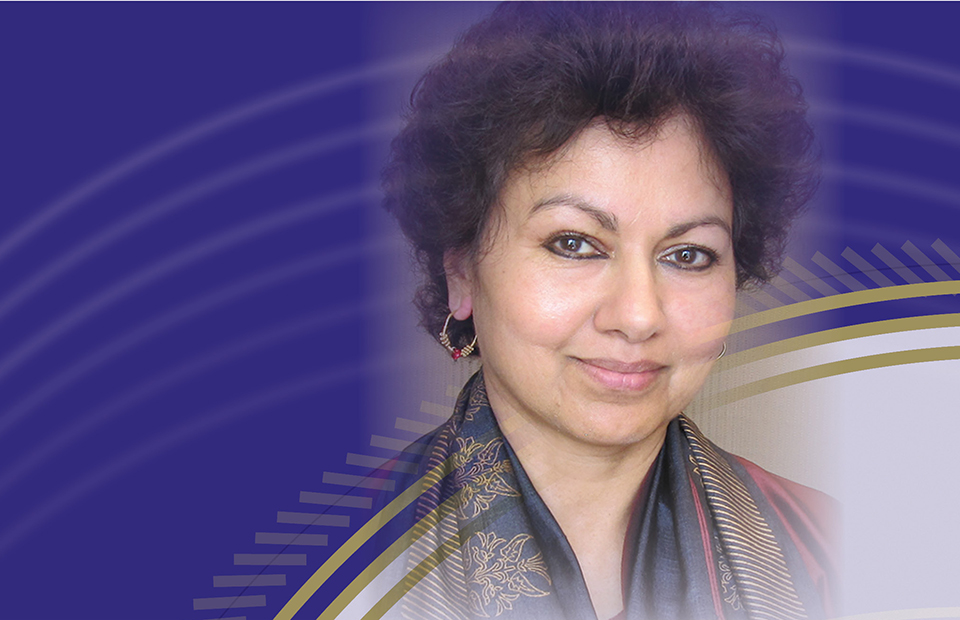 Can mobile learning empower women and girls? Let me address this question by sharing the experiences of the COL’s L3F programme

A Finnish Professor working on mobile technologies in Indian villages found that mobiles do help women to broaden their culturally constructed spheres. But what does it take to make that happen? What has been COL’s experience?

COL conducted a study among women goatherders who participate in our L3F programme. They used basic mobile phones to learn about goat enterprise from experts in their own language. The majority of women owned their own cell phones, and this ownership was a critical factor in helping them to domesticate this technology. They learn through these devices and share information with other women in the group.

Our study has found that mobile phones i) Can help provide learning opportunities to semi-literate & Illiterate women; ii) reduce drudgery and the opportunity costs of learning among women and iii) strengthen the cognitive social capital among women

The L3F study in India showed that learning and being part of a wider community had a significant impact on the empowerment of women.

What do we mean by empowerment? Taking Naila Kabeer’s definition, we believe that empowerment expands people’s abilities to make strategic life choices in a context where they were previously denied this ability. COL has refined and extended an empowerment index to measure the extent to which this L3F programme expanded people’s freedoms to exercise these choices. This is a three-dimensional model which takes into account realm, aspect and degree. The different realms, such as the household, enterprises in which the women engage and the community outside the household comprise one dimension of empowerment. The second dimension measures the psychological, social, economic and political aspects of women’s status. The third dimension is that of degree, which refers to the extent to which women have the knowledge, the desire to make choices, the means that they have to make a change and the action that will make the change. All these dimensions interact with each other. The complexity of the empowerment process makes it clear that one single intervention such as deploying mobile phones alone will not make the desired difference.

Similar to the Indian study the Uganda experience also showed that social capital and learning (in which the mobile phone plays a crucial role) are important determinants of empowering women.

When we compared the L3F village in Uganda with a non-L3F village but from a similar socioeconomic background, we found that the L3F village gave a higher rating to the mobile phone as a learning tool as opposed to the other village.

This shows the difference in the ratings given by the two groups with the L3F far above the non-L3F group. What is more interesting is that women of L3F group have given a higher rating for mobile phones as learning tool compared to men of non-L3F village.

As World Watch Institute concludes, ‘Because L3F Uganda adapts its educational tools to fit farmers’ lifestyles and technological capacities, rather than imposing costly or time-intensive educational programs on farmers, the project can make real advances in empowering farmers and improving their livelihoods’. (maize sorgum potato)

Olivia Atieno from Kenya is a school dropout and the only breadwinner in a large family. Through her participation in L3F, during which she learns daily using her mobile phone, she has become an active member of a cooperative and accessed credit and increased both her productivity and income.

A primary school dropout, Valarmathy from India learnt the intricacies of financial management and goat husbandry using her basic mobile phone. Today she is a business correspondent of a major commercial bank. (Indian overseas bank)

Ms. Federes Gaso and the members of the L3F had to travel long distances from their villages to come to the savings and credit cooperative (SACCO), to deposit their savings. Then the SACCO introduced M Pesa and the women are able to transfer the money to SACCO without leaving their villages. This has increased savings, reduced transport costs and drudgery.

The mobile phone by itself cannot empower individuals and communities. Nor learning alone. If technology and learning have to make a difference, they have to be placed in an appropriate social, economic and political context. That’s what innovation is about. In the case of women, innovation means facilitating women to domesticate technologies through appropriation, objectification, incorporation and conversion.

Mobile phones must be accessed, used, integrated and related to the broader society if they are to change power relations. This is the process which is reflected in the Empowerment Index presented earlier.

To conclude, COL’s L3F placed the mobile within a specific social context, used strategies to facilitate the domestication of the technology, built capacity through learning and networking and resulted in the social and economic empowerment of women. If mobiles are to empower women and girls, there needs to be an interplay of three key elements: financial capital, social capital and human capital.