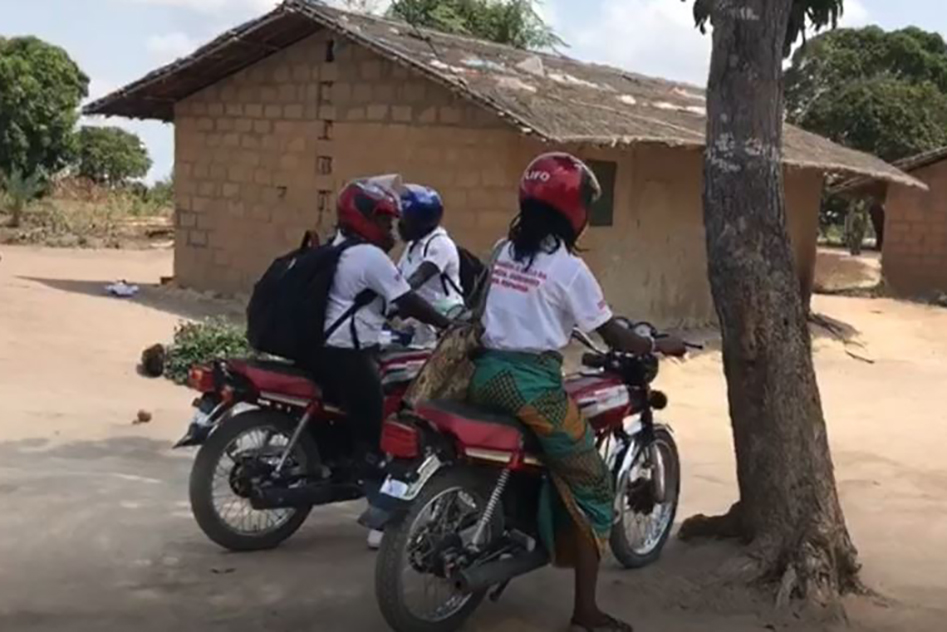 Nacala Porto in Mozambique is one of the most used ports of entry into Malawi, Zambia and Zimbabwe. Research by the International Organization for Migration reports that Nacala Porto ranks high for HIV and AIDS vulnerability, as it is frequented by a transient population that uses it as access to a commercial sex trade, which exposes children and women to the risk of sexual abuse and exploitation. The Commonwealth of Learning’s GIRLS Inspire project has been working in the area since 2016 due to its high rate of child marriage.

GIRLS Inspire partner ADPP (Ajuda de Desenvolvimento de Povo para Povo) implements the project in seven Nacala Porto communities. A key challenge for ADPP is distance, as the communities are spread out over an extensive area and project participants cannot all travel to a central location. They needed a solution that would let them bring the project to the communities, parents and girls, but one that was also cost effective.

ADPP has turned to motorbikes to literally drive the project to those who would most benefit. Facilitators travel to the distant communities via motorbike, where they raise awareness and advocate against child, early and forced marriage, as well as measure the shift in opinions regarding child marriage and girls’ education.

Ms Frances Ferreira, COL Senior Adviser: Women and Girls, who recently visited ADPP in Mozambique and saw the facilitators in action, said “They are truly making an impact on the lives of the girls and women in this region. Observing the facilitators as they travel to the communities, I could see the pride and ownership as they drove off on their COL/GIRLS Inspire/ADPP branded bikes.”