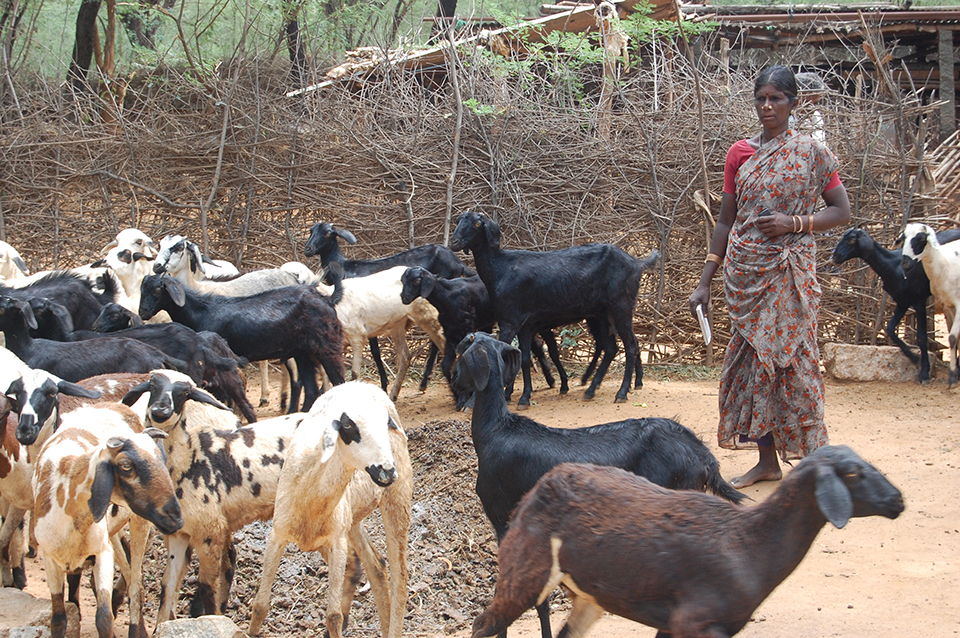 P. Papathi, one of the goat farmers and board directors, was quoted in The Times of India saying, “We are glad that the Central Government has recognised us with this grant. We have plans of running a big meat shop and expanding our company activities.”

Popularly known as the “voicemail farmers,” the women received training in goat farming, business management and corporate literacy through COL’s Lifelong Learning for Farmers programme via voicemail messages and launched their company in January 2016. In less than a year, it has attracted a significant increase in the number of shareholders to 1,050. They are now the fifth producer company in the state of Tamil Nadu to be awarded the equity fund.

Learn more about the Lifelong Learning for Farmers Programme

This article originally appeared in the March 2017 issue of Connections.