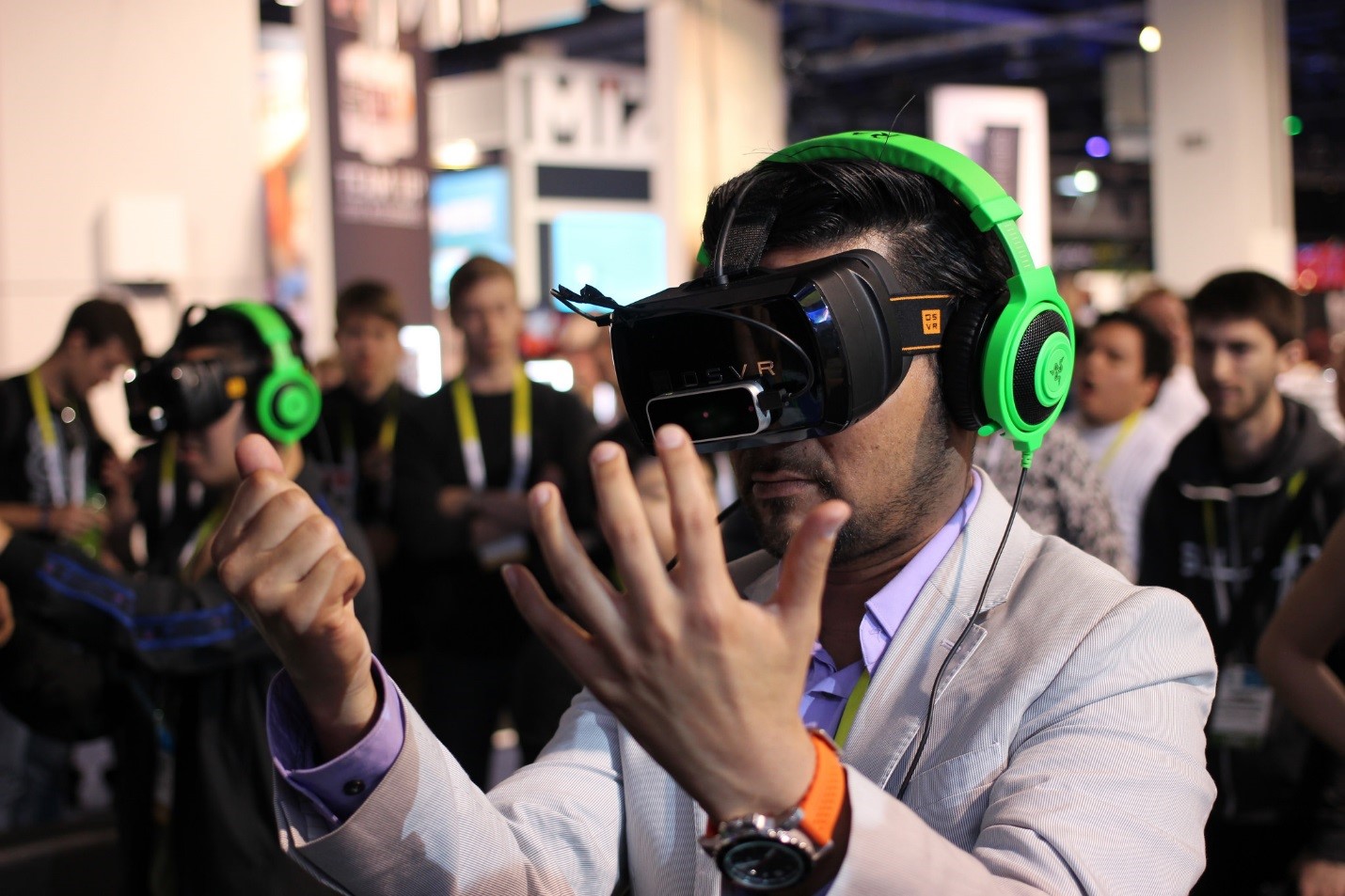 When it comes to learning materials, many of us still think of the two-dimensional content consisting of text, images, video and multimedia viewed on a screen or printed on paper. Others already think about engaging techniques and software tools such as game-based and simulation-based learning, as well as virtual 3D worlds for teaching and learning. Some governments and institutions around the world are investing heavily in virtual reality (VR) and augmented reality (AR) technologies for education. However, some of these investments remain isolated pilot projects which tease at what education could look like in the near future but likely will not materialise due to scalability.

Recently, I was invited to the Emerging Media Lab of the University of British Columbia in Canada to experience hands-on some of their AR and VR projects which tackle real world learning scenarios. In VR, the Stanley Park Geography VR Field Trip allowed me to walk through a popular public park in Vancouver and interact with various objects along the way. An interesting feature was the use of 360-degree videos within the VR environment to augment the digital world with real-world immersive videos of Stanley Park. The AR project HoloBrain was no less impressive. Using a “HoloLens” – a mixed reality headset offering the unique ability to blend virtual 3D content with the real world – I was able to interact with an extraordinary model of the human brain floating in the air, and by using gesture and voice commands, I could access multiple views and layers of the brain to learn how it functioned. How can we scale-up this technology and sustain it for future learners?

With consumer electronics falling in price daily, in addition to the wide use of free and open source software (FOSS) which has made software accessible, experiencing AR and VR have become much more affordable. Growing access to high-end smartphones running FOSS operating systems and build-it-yourself VR equipment such as Google Cardboard promise, at least in theory, some AR and VR interactions in all future classrooms – including those in developing countries. However, just having access to technology which supports immersive experiences do not amount to anything significant if the content is lacking.

Arguably, creating AR and VR experiences is no mean feat. Even a small interactive experience can take teams of people months to perfect spending thousands of dollars. Yet many of these experiences can be categorised as tiny learning objects in the larger scheme of teaching and learning. For example, the interactive VR experience of the Stanley Park field trip could potentially be a sub-unit of a geography or history course, whereas the HoloBrain experience could be a sub-unit of a biology or medical course. Scaling up is almost unimaginable considering the amount of effort, time and money needed to create an entire course based on AR and VR using current technology; but what if AR and VR are looked upon as OER?

“teaching, learning and research materials in any medium – digital or otherwise – that reside in the public domain or have been released under an open license that permits no-cost access, use, adaptation and redistribution by others with no or limited restrictions.”

Bound by the same principles, if AR and VR projects are released into the public domain or under an open license, governments, institutions, teachers and learners would be able to use, adapt and redistribute these immersive experiences to benefit their teaching and learning. Furthermore, collaboration among AR and VR content creators will result in the development of more comprehensive content and new pedagogies which will propel the use of low-cost AR and VR into the mainstream. This present drive towards VR and AR in education has provided us with a unique and historic opportunity to get it right the first time by promoting open practices among content creators from the outset. As proponents of all things open, we should capitalise on this trend to ensure a future where pilot projects, such as the HoloBrain from Canada, are developed into complete human anatomies freely used by thousands of teachers to inspire millions of learners forming the basis of a much wiser human race.