Tania Begum is tailoring change in her community 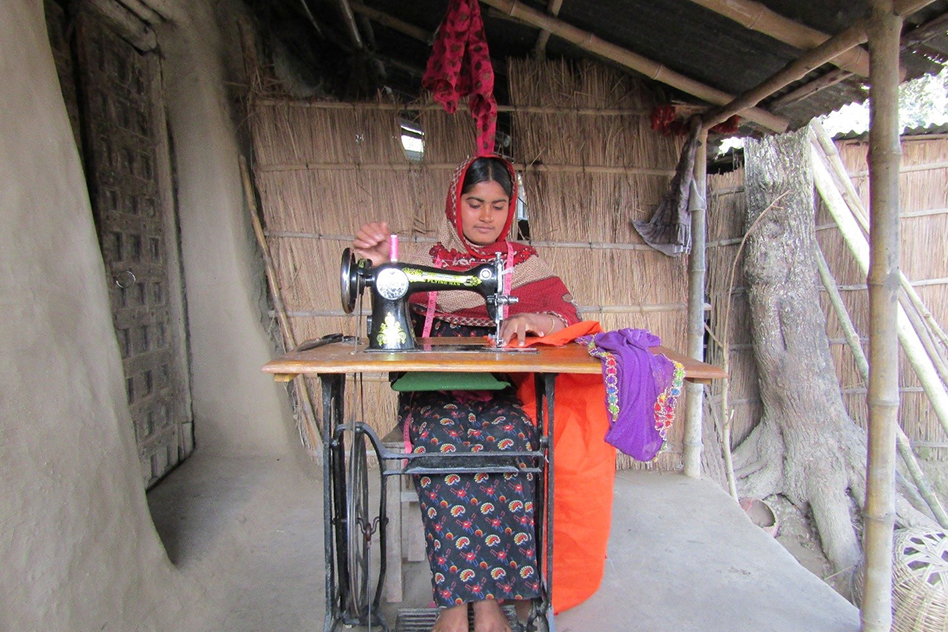 Tania Begum’s parents could not afford to send her to school. Further, the school was far way and the monsoon flooding made it difficult for her to travel there. Tania dropped out of school in Grade 7 and was married by the age of 16. We met Tania when she was 20 years old and the mother of a three-year-old daughter. Her husband was a day labourer and they lived in a one-room mud house on about 40-square-metres of land. Tania always wanted to be self-reliant, but did not have access to information or training opportunities.

In June 2016, she visited a training boat that came to her community. The boat was operated by Shidhulai Swanirvar Sangstha (SSS), a partner of the Commonwealth of Learning (COL) in the GIRLS Inspire initiative. Tania decided to participate in the training offered and chose sewing, tailoring and machine operation and maintenance.

She completed the 16-week training course in October 2016 and, noticing that the closest tailor to her village was three kilometres away, Tania seized the opportunity and bought a sewing machine with the project’s financial incentive and a loan from a financial organisation. She then started her own home-based tailoring shop. Tania now earns 5,000 Bangladeshi Taka (approx. 62 USD) per month. She has become a skills instructor with SSS and is inspiring other women and girls to learn new skills and start similar businesses in the village.

Tania says: “Now I cover my own family expenses and have started saving. I am confident and I make my own decisions. I want to send my daughter to medical school and I hope to cover her educational expenses.”

Tania has also joined the young women’s rights association and attended its meetings on employment opportuniÂ­ties and financial support for entrepreneurs. During the meetings, she talks to women and girls about the importance of self-reliance, employment and the impacts of child, early and forced marriage. Together, with other group members, she is actively involved in advocating for ending early marriage in the village.