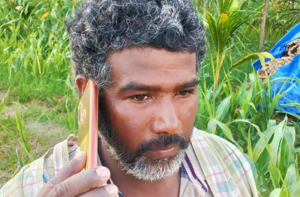 COL’s L3F has been working with non-governmental and community-based organisations, such as Vidiyal, the Mann Deshi Foundation, Arul Anandar College (AAC) and the Reddiyarchatram Seed Growers Association (RSGA).

By 2018, following Vidiyal’s successful advocacy, 15 organisations had adopted L3F. Vidiyal helped improve the capacity of these new organisations to integrate L3F strategies in their policies and programmes and to produce learning materials.

AAC initiated a certificate course on Multimedia for Lifelong Learning and ODL, in which 25 students were enrolled. Using theoretical, lab-based and field-based approaches, the programme equipped learners with necessary skills and expertise. AAC also trained staff and other L3F non-governmental organisations in multimedia-based ODL content development. L3F conducted an assessment of the AAC project and formulated strategies for the college to lead other tertiary institutions in integrating L3F into their academic programmes.

COL’s three partner organisations — AAC, RSGA and Vidiyal — conducted an extensive needs analysis among farming communities to pinpoint the skills gaps to be addressed; this resulted in the identification of 50 critical skills areas. Based on these areas, the partners have developed 150 OER in the native Tamil language using multimedia techniques. The use of multimedia to create this content in a local language helps farmers follow the content easily.

In 2018–2020, L3F initiatives in Tamil Nadu by Vidiyal, RSGA and AAC focused on upscaling the initiative both horizontally and vertically with the support of other stakeholders, such as NGOs, banks and farmer training centres. The initiative also focused on persuading academic institutions to adopt L3F and mainstream it into their academic curricula. The project expanded its geographic reach to three more districts. More NGOs, banks and farmer training centres were identified as partners for collaboration and the implementation of L3F activities.

NABARD, India’s premier development bank, expressed interest in working with bankers in Sub-Saharan Africa and in scaling up the successes of L3F in South India to cover hundreds of thousands of farmers. During 2019–2020, COL organised a series of capacity-building workshops for NABARD managers, focusing on logical framework analysis, which had been conceptualised with input from NABARD’s regional management.

Most recently, COL entered into an agreement with the Andhra Pradesh State Cooperative Bank to train its staff in aspects of the L3F model. This is part of COL’s move to transition L3F from the meso to the macro scale, with the potential to impact about 1.7 million farming households in the state.

Here is a brief summary of key L3F achievements since 2015: