Reaching the Unreached through Open and Distance Learning 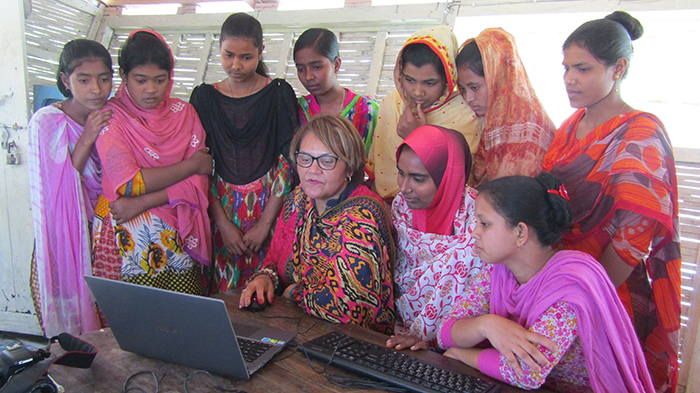 Girls are a critical demographic for social change and global development, representing a large and underserved population in the developing world. People under the age of 25 make up 43 per cent of the world population, and 60 per cent of the population in the world’s least developed countries (UNFPA, 2012). According to a recent multi-country analysis, closing the gender gap during adolescence in education, economic activity, and health would significantly increase national economic growth and well-being (Chaaban, J. & Cunningham, W. 2011).

The economic crisis which started in 2008 has compounded the challenge of providing skills development that leads to livelihoods. Due to the impact on labour markets, especially the decline of employment and the increase in unemployment, education has become an unaffordable commodity for the poor. Yet socio-economic growth and development requires quality learning to take place.

Research indicates that higher levels of education are related to development goals. For instance, secondary education is correlated with higher contraception use, lower adolescent pregnancies, higher rates of formal employment, and reduced levels of poverty (Barro, 1991). However, limited access to secondary education, poor quality of schooling and limited resources constrains learners’ access to this level of education. Barriers such as child, early and forced marriage, distance to school and security concerns, cultural values and costs of schooling all prevent girls and women in participating in educational opportunities.

Purpose of the project

In 2015, the Department of Foreign Affairs and Trade (DFAT) Australia announced additional funding to the Commonwealth of Learning (COL) to implement a project to support unreached and marginalised girls in remote and rural areas in Bangladesh, India and Pakistan to develop relevant skills that will lead to livelihoods.

Specifically, the objectives of the project were to:

Ultimately, the project aimed to train women and girls with employable skills and the capability to negotiate financial assistance for small businesses in order to enhance their economic leadership and family decision making, including family planning.

This project concluded in March 2017.