How long will it take to end gender-based violence? 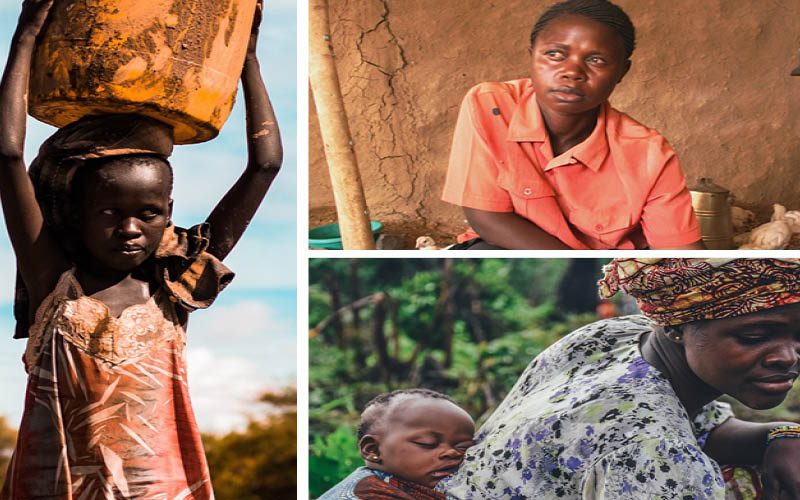 It was the most heart-breaking scene in my 25 years of work as a gender activist. On a dusty road in one of the largest counties in Kenya, a young girl was walking between two tall Morans (warriors). I learned that she was being escorted to a husband she had never seen and had certainly not chosen. She had barely been given time to heal from female genital mutilation (FGM) and her pain was visible in every step. As our vehicle left the strange trio in the background, I had a million questions spinning in my head…and still do. What was this young girl thinking and feeling as she walked into her new and unknown life? Did she think of the loss of an education, or had she ever even been to school? Did she think to escape or was she too well guarded and would be beaten if she tried? There would be no rescue shelters here to take her in. She would not have any means of self-support. Her family had handed her over and there would be no help from them either. What did the Morans think about this child that walked between them, or was it even in them to question?

Violence against women and girls is an ugly, uncomfortable reality and, for many, a topic best avoided. The different forms of physical, sexual, mental and economic harm that include child, early and forced marriage (CEFM), FGM, sex trafficking, actual violence and threats of violence are experienced publicly and privately by 1 in 3 women worldwide.

Gender-based violence (GBV) is rooted in inequalities that disempower women, are normalised by culture and tradition and sustained by weak legal structures. UNICEF states that gender-based violence “is the most pervasive yet least visible human rights violation in the world.”

Every year, from November 25th to December 10th, we are all asked to take a stand against gender-based violence. This year the theme for 16 Days of Activism against gender-based violence is “UNiTE! Activism to end violence against women and girls.” It calls for everyone to come together to make visible the ugliness, challenge the normalisation of GBV and strengthen awareness of how everyone (including men and boys) would gain personally, socially and economically from the eradication of violence against women.

Gender equality is central to the Commonwealth of Learning’s (COL) agenda of learning for sustainable development, and COL has adopted gender mainstreaming as an organisational strategy. The Girls Inspire (GI) Initiative at COL takes direct action by working with partners to empower women and girls through training on their equality of rights, dealing with violations and on protective legislative frameworks. Since it is critical to change the perceptions and norms that sustain women’s disadvantage and exploitation, GI supports the sensitisation of men, boys and traditional leaders as advocates for gender equality to end gender-based discrimination and violence in their communities.

By training girls and women, COL contributes to increased self-advocacy and collective action to stand against violence. By reaching communities, COL envisions greater gender equality and empowerment with improved education and livelihood, an end to the cycle of CEFM and of other barriers that prevent girls’ economic participation. COL has also supported the development of in the Solomon Islands. COL, in collaboration with the Solomon Island Council for Women developed a Social Safety net App. By providing reliable information about what social services are available, where, to whom, for what purposes and at what times, a foundation would be established for a more confident engagement with formal social services, even in nonemergency situations.

Most UN international days and national holidays around the world are just that – a day. We commemorate or celebrate or pause in sombre reflection on slavery, poverty, literacy and momentous events. Yet each year we are called to stand against Gender Based Violence (GBV) for 16 days. Sadly, it has been 43 years since the Convention on the Elimination of Discrimination Against Women was adopted, 31 years since we started observing the 16 days of Activism Against Gender Based Violence. That is too long.

Here is how I see it. When there is collective voice and united action, anything is possible. It took just two years to nearly eliminate the global threat of Covid-19. Border lockdowns ensured community and national safety. Rules on social distancing and personal protection were enforced. Governments committed resources and personnel to treatment and vaccination services. Communities and individuals used social media to raise awareness, spent long hours lining up for testing and vaccines and supported health workers, as well as those who lost loved ones.

Imagine if, for just 16 days, no perpetrator was able escape justice? Imagine if every woman or girl who claimed to have been a victim was listened to, supported, given medical care or a place of safety…not just in one country, but globally? Imagine if governments and communities held the uncomfortable conversations and agreed that 31 years is too long? And imagine our world coming together to end GBV through information, elimination of harmful discriminatory gender and societal norms and the uplifting of women and girls through education and livelihood skills?

The words of Graca Machel, Deputy Chair of The Elders and a Women’s and Children’s Rights Advocate, sum it all up so beautifully,

“We are proving that we can come together as a united human family to holistically tackle COVID-19, let us apply an equally comprehensive, vigorous, and unrelenting focus to eradicating gender-based violence as well.”

Ending gender-based violence is possible. UNiTE! and end violence against women and girls!